Maya is an ancient Hindu term referring to the transitory, illusory appearance of the physical world that obscures the spiritual reality from which it originates.  Maya is created by the mind, an illusion by which we believe that we are separate, unworthy, unloved, and not consciously creating the Universe around us.  The following is a fabulous story about a man who wanted to understand what Maya is… enjoy!

Narada was a great sage who lived thousands of years ago.  He was on very intimate terms with the great master avatar Krisna, and asked him all kinds of questions.  While they were walking out in the desert one day, he asked Krisna, “Sir, I’ve been trying to understand one thing for a very long time yet cannot grasp it.  Can you please explain to me, what is Maya?”

Krisna hesitated, but Narada was utterly curious and deeply desiring to know.  So Krisna replied, “Of course.  Sit down here in the shade under this tree, and I will tell you everything.  But first, Narada, it’s terribly hot; would you mind fetching me a glass of water?”

“Right away,” Narada promised, and he set out across the fields to the nearest village.  The sun beat down ferociously upon his back, and the village felt to be many hours away.  Finally he reached the village and approached the nearest house.  The front door opened – and there stood the most beautiful girl he had ever seen!  With her big sparkling eyes, long eyelashes, and thick black hair, his heart opened and he instantly fell in love.   All he could do was stare at her, until he finally muttered, “Youu are sooo beautiful….I love you and want to spend my life with you.  Please marry me?”  This is just what the Indians of that time period would do, you cannot just say, “Hey Baby, what are you up to tonight?”

After a few months they were married, and within a year, their first children arrived.  A beautiful baby boy.  Narada was sooo proud to be a father.  Over the next several year they had many more children.  Narada’s home became very animated with life, love and many activities. Somebody was always being bathed, fed and dressed.  There was always a meal to be provided for and work to be done.  A great abundance and love had filled their lives completely.

Narada was very happy.  He had an amazing wife, great wealth and a loving family.  He was respected by the whole village and the land he owned stretched far beyond the horizon.  He and his wife cherished each other and were intimate every single evening.  They would look at each other and say, “Just being with you is such a blessing.”

Then one day, many dark clouds covered the sky. There was thunder, lightning, and tons of rain. The nearby river broke its banks and the village streets became a huge flooded river.  Right in front of Narada’s eyes, everything that he loved and created – his lands, his cattle, his house, and especially his beloved wife and all their children – all drowned and were swept away.  Narada was the only one to survive out of the entire village.

Narada fell to his knees and cried.  He cried and cried with his whole heart and soul.  Then as he slowly opened his eyes looking down,  he saw that his tears were falling into a cup.  He looked closely into the glass of water and saw the reflection of Krisna standing behind him.  Narada looked around him and there he was sitting under the tree with Krisna.  He was exactly where he had been what seemed to be so many years before.  “Narada,” Krisna asked gently, “Now do you know what Maya is?”  Narada nodded gently, “Yes, master thank you.  Here is your glass of water.”

Forward this story to your friends, invite them to join our Enlightened Beings Email Lists at: www.ManifestingMagnet.com

"We crazy spiritual seekers…spending our lives trying to awaken, instead of resting in the awakening that is already here now and always…."  ~Kathleen McCarthy 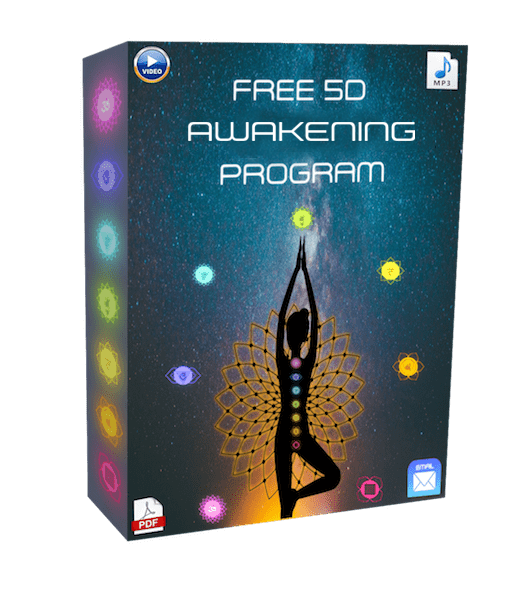