There once was a man who was very passionate about his search to find God. He searched everywhere. For years he looked in churches, mosques, and temples only to find that those places simply deepened his internal search. He would seek to meet with those he felt had a "special" relationship with God. Each one of them only gave him love and a few wise words to reflect upon which only made his yearning burn deeper. Years went by and totally frustrated now, he started to look for God in the not so obvious places. He looked in the bars, in T.V, movies, in his relationship with his wife, in his bank account, and even far out of town in nature. He searched to the very depths of his own mind and felt that God was nowhere to be found.

Then one day he was out walking his dog in a nearby park and came to the conclusion that this search was utterly hopeless. He would give up his search, it was just too painful. So he decided to just be content with not knowing God and lead a very unsatisfying life. In that moment a miracle happened. St. Peter instantly appeared before his eyes and showed him a secret backdoor golden staircase that spiraled high into the clouds above. St. Peter said that this was a direct path to God’s door and that he could go meet God today!

The man was thrilled. He was overcome with such excitement that he ran up all 10,000 stairs! At the top, completely exhausted, he saw the great Divine Door with golden light pouring through the edges. The word GOD was written in bold print radiating with Light. He slowly walked up to the door and was just about to knock when he stopped himself. He wondered if he was just a bit too tired and out of sorts to be 100% prepared to really meet God. He knew God was behind this door, and he wanted to look good, and feel at his best for this amazing encounter. So he sat down and leaned his back against the door to rest. Many hours had passed and he decided he felt well rested. Yet, during this time he had started to think about the biggest of life questions he was going to ask God, and then wondered what if God didn’t approve of these silly questions. So he sat back down and pondered even deeper the first thing he would say to God. Soon the hours rolled into days, into weeks, months and years!

Finally he realized that his life was almost over and if he didn’t knock now it would never happen. However, steeped for years in hesitation and contemplation his courage to knock had dwindled down to nothing, and he could barely lift his hand. So he yelled out God, are you in there and heard a great silence in return. The man waited, expecting God to come out, or at least say something back. There was nothing. Only a vast peaceful silence was given. Yet this silence somehow penetrated into every cell in his being. He let out a big sigh of relief and realized this was what he was searching for. The eternal silence and stillness that he had just found had been with him all along. ~Story by Jafree Ozwald   www.EnlightenedBeings.com

"Gather all courage and take a jump. Even the dewdrop slipping from a lotus leaf trembles for a moment, tries to hang on a little more, because it can see the ocean below. Once it has fallen from the lotus leaf it is gone….but it is not a loss. It will become oceanic. The ocean of existence is unlimited." ~Osho

Discover the vast peaceful silence in the core of your being with the meditation techniques and practices found in the Enlightened Beings E-store at: https://www.EnlightenedBeings.com

Sending much courage your way,
Jafreewww.EnlightenedBeings.com

Send a Donation to Support Us

Manifest your Dreams Faster and
Easier in 5D Consciousness! 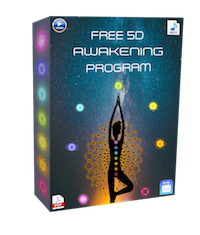